The City of Stevens Point, along with the Stevens Point Alliance, Inc., is proposing the creation and management of the "Downtown Point Business Improvement District" (BID). BIDs have been a critical part of economic development and business development in business districts, such as downtowns, since 1984 when Wisconsin Act 184 was signed into law. Communities throughout Wisconsin, such as the Wausau River District, have embraced BIDs as a way to make their business districts more viable and vibrant through marketing, promotions, events, and maintenance of the designated BID area.

What is a Business Improvement District?

A Business Improvement District (known simply as a BID) is a boundary of a commercial and/or industrial area established with recommendation of the BID Planning Committee. This area, governed by a BID Board of Directors, is able to levy additional property tax on the properties within the boundary to help promote, market, and maintain the BID area. Typically, BIDs are established in downtown areas and neighborhood commercial districts in an attempt to further economic activity of those areas.

Where did the idea of the BID for downtown Stevens Point come from?

How does a BID work?

Let's say you own a historical building on Main Street in Stevens Point. Your building is well-maintained and the City has assessed your property at $200,000. Every year, you pay about $4,976.00 in property taxes (this includes the City, County, School District, and Technical College property tax levy). When a BID is established, the BID Board is able to levy additional money on your property for the purposes described above. For example, if the BID were to levy $1.00 per $1,000 for BID purposes, your property taxes would increase by $200. In return, the BID provides the following (for example):

Several BIDs in Wisconsin hire part-time or full-time BID managers to assist with the above examples.

Money that is levied for the purposes of the BID MUST be utilized in the BID. The City would be the "caretaker" of the funds and would assist in the management and disbursement of those funds consistent with the BID Board of Director’s directive.

How do we establish a BID?

Where has this worked in the past?

Some examples: the City of Wausau’s River District/Downtown BID, City of Eau Claire’s Water Street BID, City of Green Bay On Broadway BID, and the City of Milwaukee Historic Third Ward BID. More successful examples can be found on the UW-Extension website.

I represent a property that is property-tax exempt, how does this impact me?

In short, BIDs can’t levy any property tax on property-tax exempt properties. You are, however, a recipient of the benefits of being within the BID.

Where is the City in the process of BID formation?

The City of Stevens Point gathered representatives from downtown Stevens Point, including members and non-members of the Stevens Point Alliance, to draft an implementation and operational plan (PDF). This plan is being reviewed and modified by downtown business and property owners to increase the likelihood the BID succeeds in its first few years. Visioning sessions will take place, the plans will be revised, and the plan will be taken to public hearing.

What’s the proposed boundary of the BID?

The City and the Stevens Point Alliance have put together a proposed boundary, seen here: 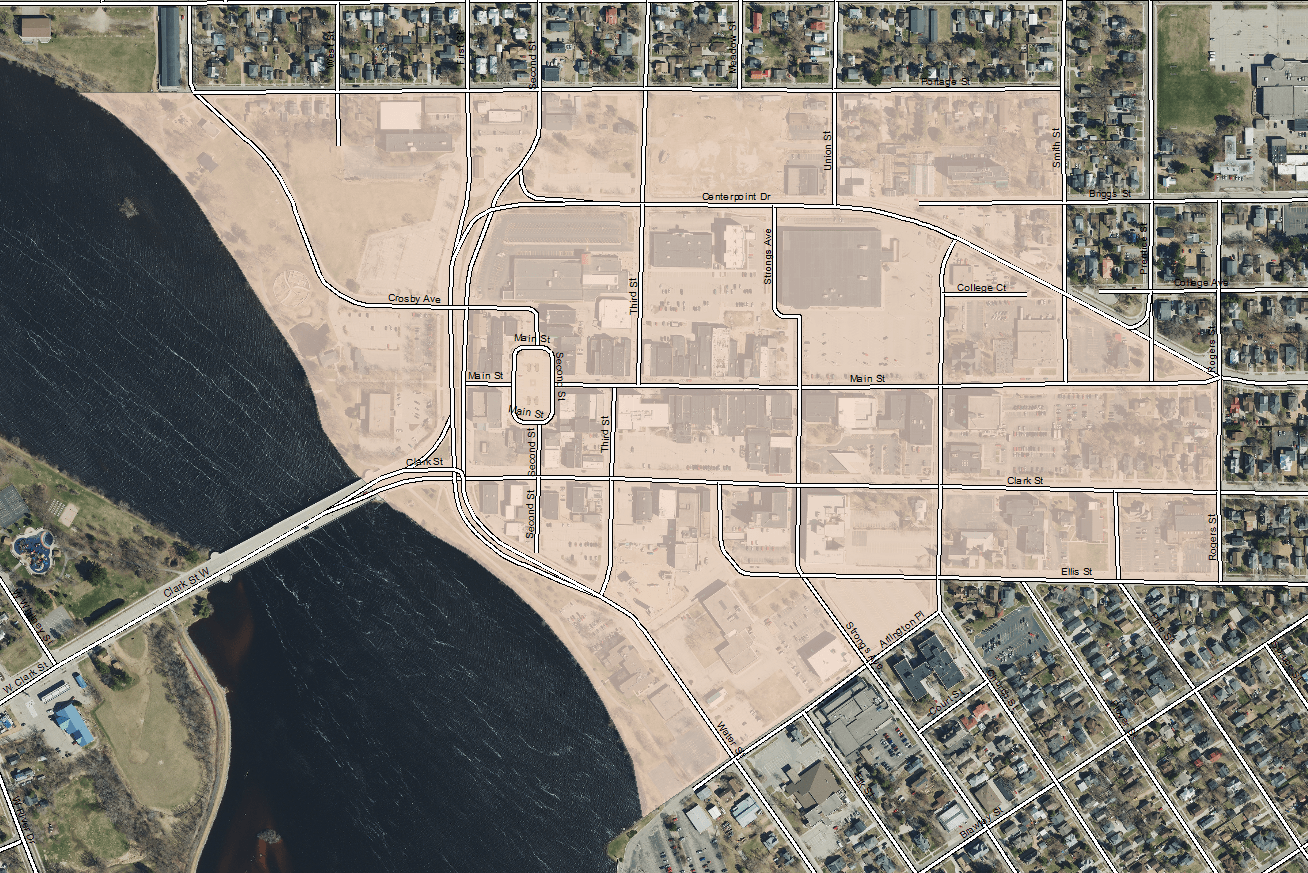 I have more questions, whom do I call?

You can contact Ryan Kernosky, Director of Community Development for the City of Stevens Point at 715-346-1567 or email him at rkernosky@stevenspoint.com.